Dedicated to the men and women in the Metis area who give their time, energy, and sometimes their lives to help neighbours and outsiders in times of need.  These committed people can be called out day or night in all weather, leaving the warmth and safety of their own houses, and disrupting the peace of loved ones left worrying about them at home.

A small community can only survive and thrive if the people living there trust and can rely on each other when problems arise.  While people in cities have police, fire, medical and other resources close to hand, distances and other conditions may fatally delay arrival of help to a village or outlying area.  Lighthousekeepers had the heavy responsibility to go to the aid of passengers and crew from ships that wrecked off their coast.  Volunteer firefighters have long put their lives at risk.  COVID has put medical staff and other caregivers at personal risk in a way not experienced since the 1918-1919 Spanish flu epidemic.

The paradox of first responders and emergency workers today is that they swear to, and do, maintain the strictest confidentiality about what they learn from and about people needing help.  This means much – most – of what they do is and will be never known.  While some big rescues are seen or recorded because of circumstances, most are not, nor can they be.  Trust is everything, or people in need of help would be afraid to call 911 fear the publicity.

Here are just  a few of their stories:

It need only take a child: “A seven-year-old boy [Murdoch], child of James Laing of Montreal, was recently the hero of a rescue in Petit-Métis , where his family is on vacation. He was playing on the water’s edge, when a man named Fred Barr got in a rowboat, to get to Boule Rock, and swim back. But cramps [seized] Barr, and he was about to sink, when little Laing noticed it. He immediately jumped into a boat and was fortunate enough to arrive in time to allow the swimmer to cling to the rowboat and return to shore.” A Seven-Year-Old Hero, La Presse, August 12, 1904Un Héros de Sept Ans, La Presse, 12 août 1904  (Note: Murdoch Laing died in September 1916, when leading his men in the advance on Courcelette, France against the Germans)

The community rallies around:  “A virtual fridge comes to the rescue of families in Métis-sur-Mer”, Shanelle Guérin, Ici Radio-Canada, 18 avril 2020

High drama sometimes occurred without a fatality: Montreal Herald and Daily Commercial Gazette, August 21, 1862
“One such incident took place in July 1862 when a spirited horse took off with a frightened seven-year-old child in the carriage just as the Jenking family was leaving church. The horse ran a mile until local farmer Joseph Sims brought it under control. The Jenkings gave Sims a hunting watch inscribed “for his heroic conduct, at the risk of his own life, in stopping a horse at full gallop, and being instrumental, in the hand of god, in saving the life of their dear child, Eliza L Jenking. Metis, C.W. July 27, 1862.” 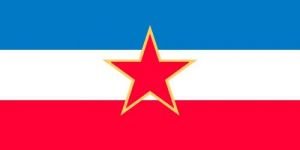 Last Shipwreck: The Idris , as recalled  by  Paul Gendron, August 2016
“It was 1976 during the great November tides. A ship caught fire in open water on a Sunday afternoon. They sent a distress signal out to the Mont-Joli Airport, which transferred the call to the local police and fire departments. My father [Lighthousekeeper Octave Gendron] warned me, and I went with him to look. It was a ship from Yugoslavia. The crew had been evacuated to shore by helicopter and were being housed at the old Metis Beach School and at the lighthouse. The local people provided help, including clothing and food. No lives were lost.” 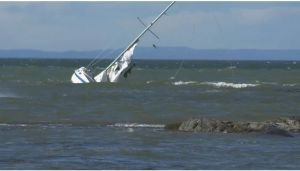 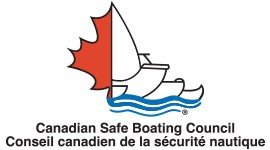 Stearns Rescue of the Year (February 2019) 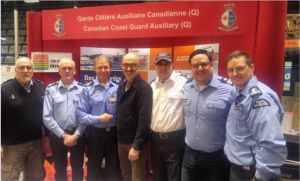 “Once again this year, Unit 14 of the Canadian Coast Guard Auxiliary stood out at the Annual General Meeting in Jonquière. Several members were honored for their exemplary dedication during the past season of operations. Former Commander Ted Savage received significant recognition for his outstanding contribution to the development of the unit. Other members also stood out for different qualities such as… Jonathan Brunet (training),… [and] Annie Lecavalier (involvement)… “